The Liberty CCR is designed to be fault-tolerant, which means that no single malfunction in the electronic system can cause a breakdown of the whole apparatus. And in many cases, not even multiple malfunctions can cause a complete breakdown.

The apparatus is designed and programmed so that it is able to cope with any combination of malfunctions as long as at least one control unit and any sensor are still operational. In the case of damage to a cable, the control computer will detect a short in that cable and disconnect the respective handset’s power supply. And if both handsets are lost, the control computers will continue regulating the supply of oxygen according to the most recently selected setpoint. And the Liberty CCR will keep working even if one of the control computers fails. Each computer has its own battery, depth sensor, two oxygen sensors a helium sensor and electrically controlled oxygen supply valve (solenoid).

In normal circumstances, the two computers communicate with each other and exchange data from the sensors and agree on which of them will add oxygen to the loop. If necessary, either computer can perform this function independently.

Let’s create a catastrophic scenario. We have already lost both handsets, and now one of the computers has shut down. More than half of the electronic systems are inoperable, but the Liberty CCR keeps working. The mechanism for regulating oxygen supply handles this situation with no problems. Could anything else go wrong? Yes, it could. One of the oxygen sensors could malfunction. And not that it would stop sending a signal, as if it had gotten flooded. That would be too simple. The sensor would show “only” an incorrect value and it would appear that the control computer now cannot know which of the sensors to believe. This is a miserable situation. It could fail when you are at one hundred meters below the surface... which, however, would be an advantage. After all, for a hundred-meter dive, you have trimix. The computer is well aware of that, even if you forgot to set the diluent composition before the dive. The built-in helium concentration sensor diligently measures the mixture composition during the dive and stores it in the computer’s memory. Thanks to this, the computer can now calculate the oxygen content based on the measured helium concentration and decide which of the oxygen sensors is in working order. The dive continues. And now it is already clear that even if the last oxygen sensor breaks down, such an event will not put the computer out of action. Based on the last known correct oxygen value, it will switch to indirect measuring of oxygen using the helium sensor and safely continue regulating the supply of oxygen.

I WANT TO ORDER 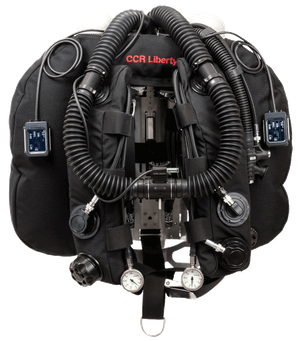 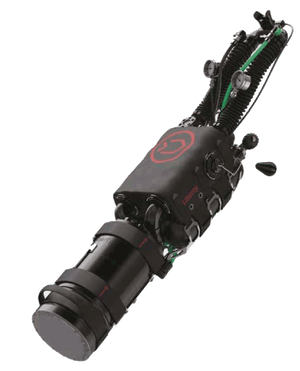 What do you dive today?
What are your need?

What are your goals?

Based on the consultation we will give you price information and plan for your training.

We will now configure your final unit and send thespecs to the factory for construction..

The final stage is the training where we make sure your are a safe diver, before you leave us.

FREE QUOTE ON YOUR UNIT & TRAINING

Your personal diving equipment supplier, with a diversified and large stock.